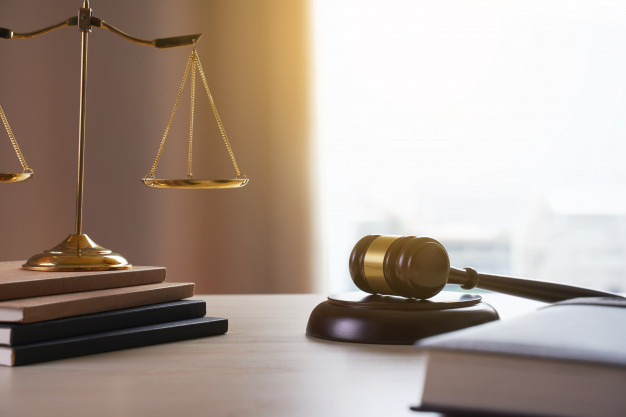 Enterprise-grade applications are essential to every business and organization and are getting ever more so. Internally, organizations face the drive towards digitalization to produce smoother and more cost-effective solutions. Externally, customers and other stakeholders demand increasingly seamless processes. This ‘Push-Pull’ need for change is known to every CIO, but the apps which keep the business functioning are often chained to a monolithic legacy system. The way forward to achieve digitalization goals, and produce cost efficiencies, is to de-couple apps from the system, by abstracting them from it. Data, data sources, and data security can all be abstracted if the right platform is utilized.

‍
The imperative to do something

‍
So where to start? Let’s take it as a fact of life that CIOs are charged with renewing the way their IT functions. There is no alternative than to do something. This has never been truer than in the post Covid-19 world, when even survival is under question for many organizations. Anything that can sharpen the edge is good news, and if the result is a better enterprise-grade offering, at cheaper cost, then that’s very good news.

Research by Hitachi Consulting has revealed that 90% of CIOs and other decision-makers in IT say that their legacy systems are holding them back. Nearly 45% in large organizations say that this affects most projects. In addition, Kaspersky, the cybersecurity firm, reckons that almost half of the organizations are dependent on unsupported operating systems, or those which are close to end-of-life. All that adds up to a staggering and unacceptable drag on progress, and profitability.
At the start of 2020, estimates suggested a worldwide spend of some $3.5 trillion on IT. Whether the pandemic and economic fallout will reduce this remains to be seen. Farsighted companies may well spend more than planned, to increase efficiencies, and sharpen that edge. However, a huge amount of spend will be sucked up by simply ‘keeping things going’ – that is maintaining existing apps that are welded to the monolithic core legacy system. Like barnacles on an ocean liner, prizing them off is difficult, and there’s always the worry that doing so will cause knock-on effects. Sometimes it seems better to adopt the attitude of ‘Let’s just live with it.’ But really, that’s no option at all.

‍
The fact is that enterprise apps simply have to be abstracted from the core infrastructure. That way the apps themselves are ‘liberated’ to function at potential, and to interact successfully. And that way the core system isn’t continuously burdened by constant demands on it. The apps become ‘agnostic’ and don’t care where the data is coming from, as long as that data comes easily, and fast.

Easy to describe, hard to do. Or is it? With the advent of low-code solutions, the provision of visually Integrated Development Environments (IDEs) is now available for even Citizen Developers to make significant leaps forward in the efficiency and operation of systems. That means simple and understandable Graphic User Interfaces allowing drag and drop functionality, and – sometimes –hand-coding, if needed. Most of the time however workflows can be produced using existing templates, requiring only minimal customization. Back in 2016, research firm Forrester said low-code platforms can produce applications six to twenty times faster, and that low-code platforms accelerate digital transformation through rapid app development. In terms of software, Forrester also estimates a ten times uptick in speed of development. Utilizing low-code achieves results fast.

‍
So low-code APIs offer huge advantages in terms of speed, productivity, and ease of use, but let’s just play Devil’s Advocate for a moment and consider scrapping the core system, along with the unsupported, or near end-of-life operating system. But can anyone seriously expect to close down an organization for an unspecified period of time while a new dream system is commissioned, with all the myriad teething problems which will inevitably result? Only the most battle-hardened CIO would ever look at the scenario, but wouldn’t it be nice to have! Throw away the ocean liner, keep a few of the barnacles… but that’s never going to happen.
Both internally and externally frustrations of getting a new system up and running would be high, not to mention the costs of developer time, consultants, and multiple vendors, some bringing the bind of lock-in agreements.

‍
Now set this against the low-code approach. The Oriana platform is data-agnostic and comes with an ever-expanding range of low-code modules, all of which talk to each other cross-platform. These apps seamlessly integrate with the core system, but make very little demands on it, with processing done within the app, rather than the ERP. The result is a safe, secure, and truly multi-channel experience, due to cross-functionality within the platform, delivered in a massively more cost-effective way.

‍
That’s cost-effective because significantly less time is taken to deploy a suite of Oriana apps, and because the customizing of those apps can be achieved by the actual users within a business, rather than external contractors. There’s huge value in doing a step-by-step rollout of apps, with no need to do everything on Day Zero. Get one departmental Oriana app running satisfactorily, then start on the next, with a logical development program. And this is all within a radically shorter timescale than could have been achieved previously.

So can low-code be used in legacy systems and environments? The answer is a decisive ‘Yes’. A platform such as Oriana offers sophisticated capabilities for integration, with inbuilt enterprise security, and ‘regulatory awareness’.It provides the very best way of meeting the demands of digital innovation, coupled with the speed of deployment, at a cost that is far below the massive – and scary – alternatives.